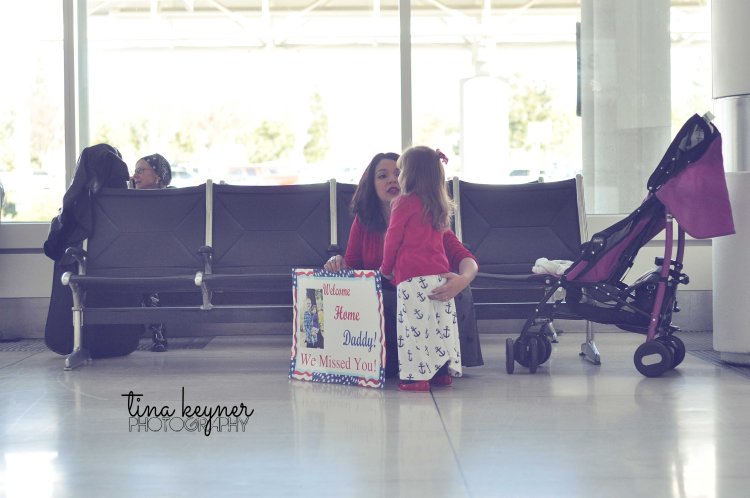 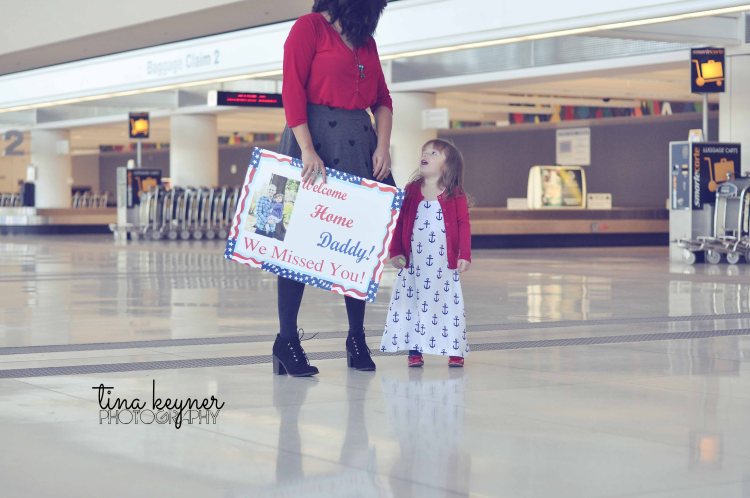 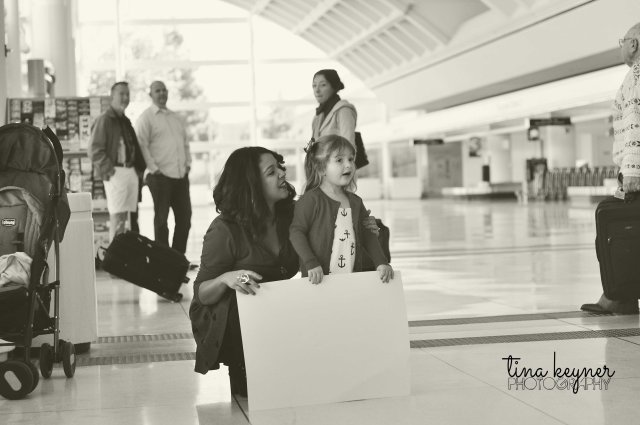 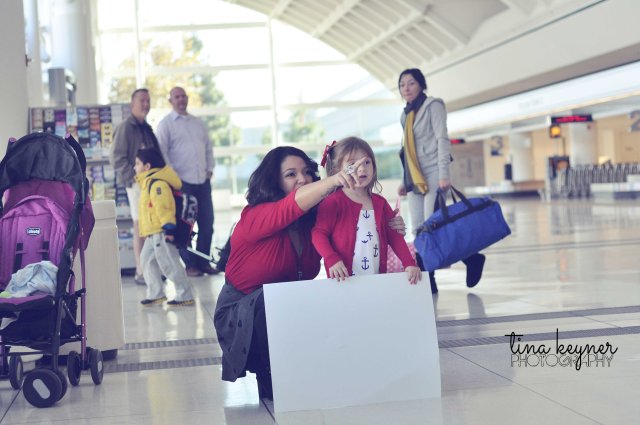 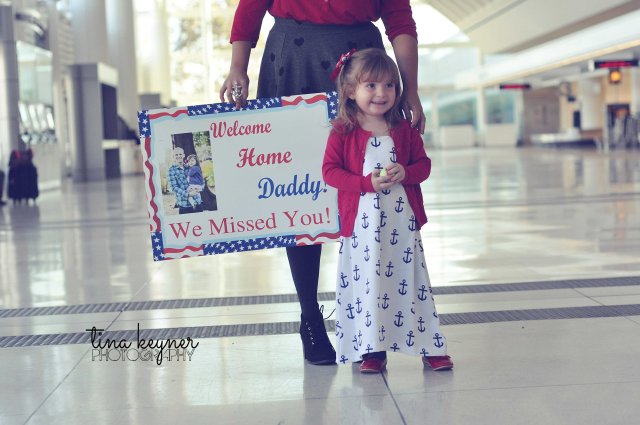 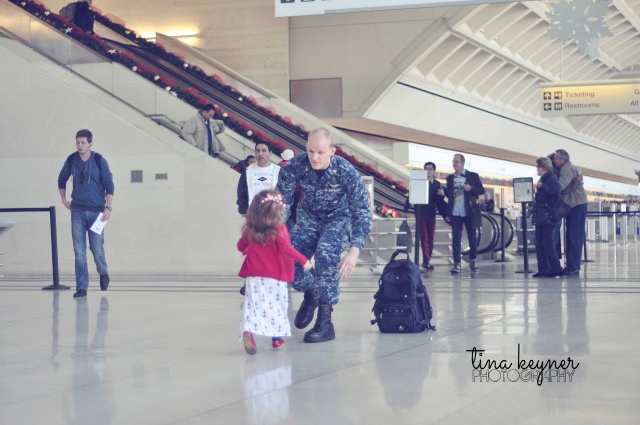 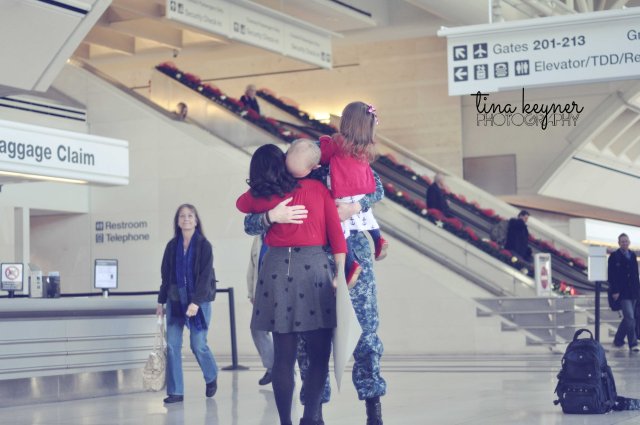 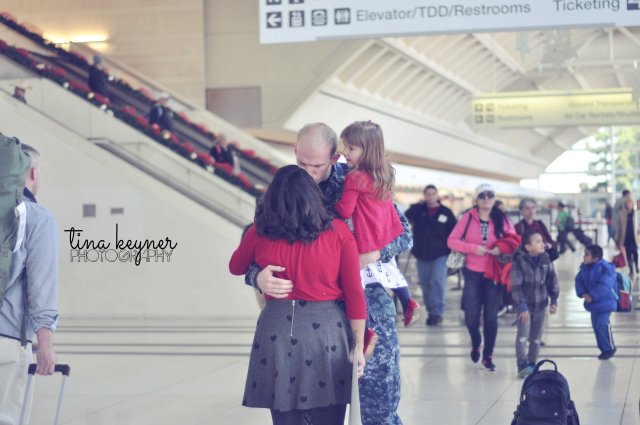 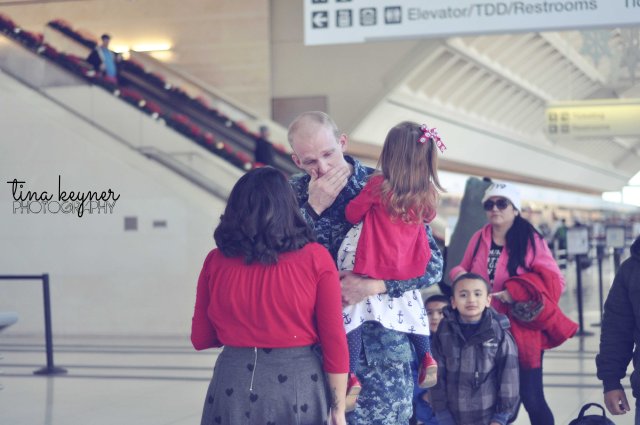 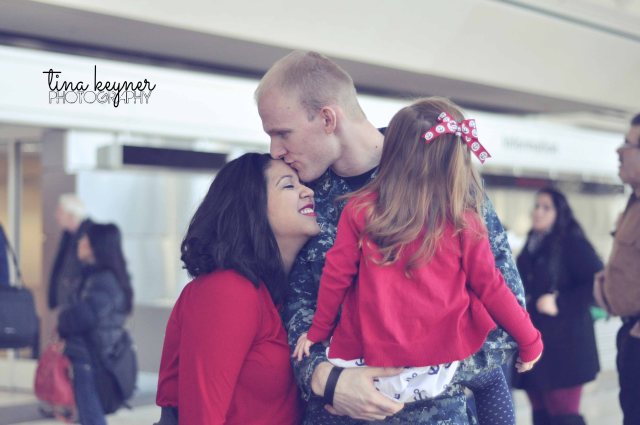 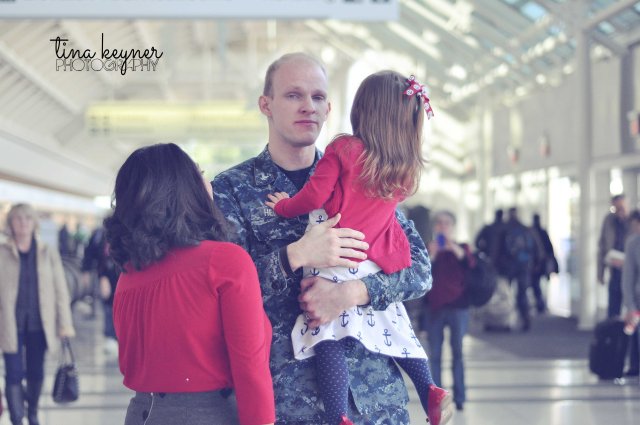 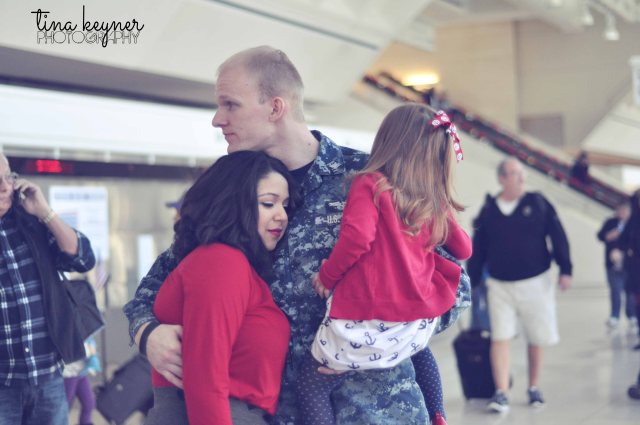 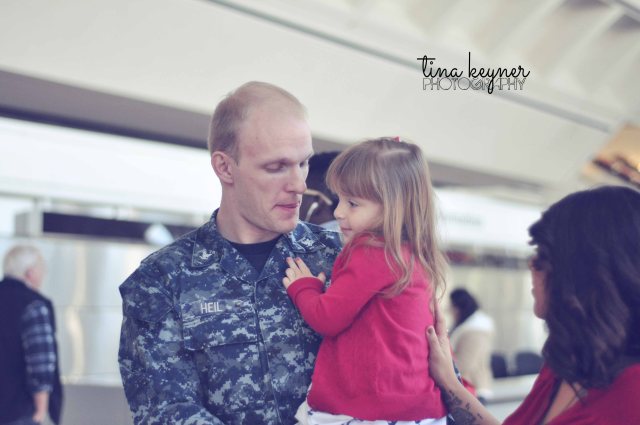 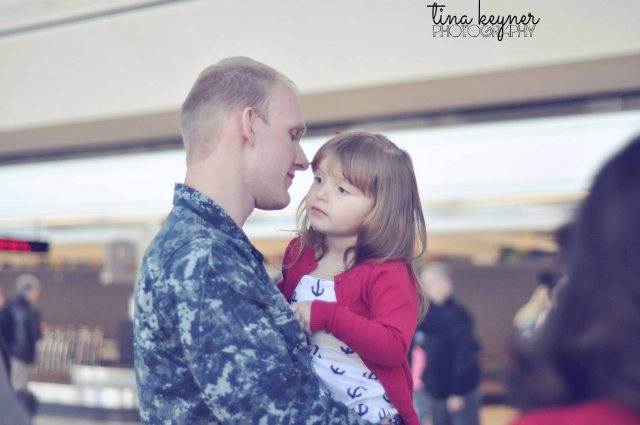 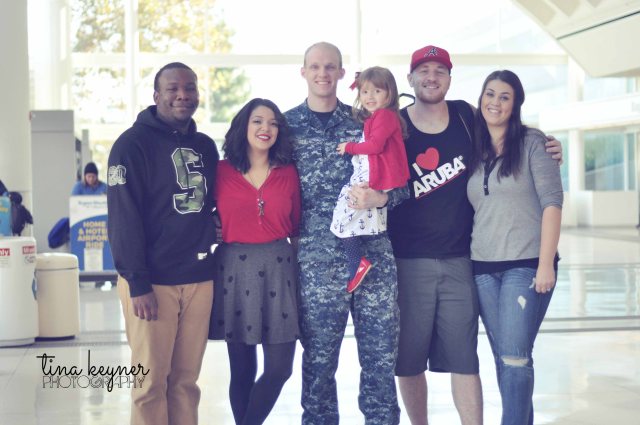 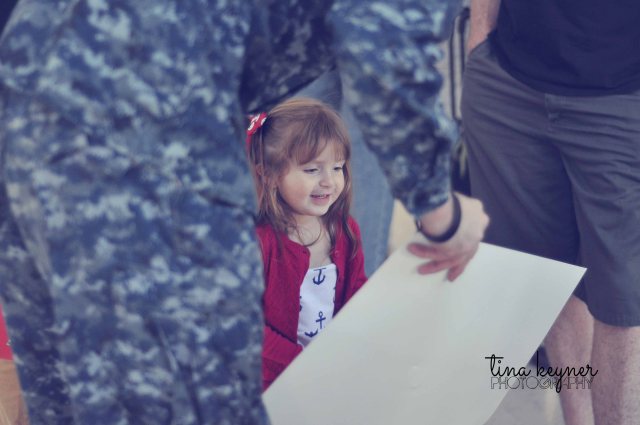 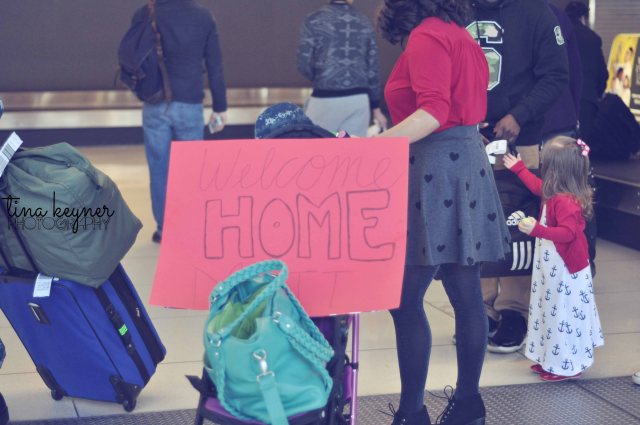 This was an emotional event from the first email I opened from Matt’s wife Amy.  She wasn’t sure if he was really coming home… but just incase she was going to wait at the airport and keep her fingers crossed!  She wanted to document it in pictures.  We arrived and waited… and waited.   The baby was trying to keep herself occupied by looking at the sign with her daddy’s picture on it.  It was a busy day in the Ontario Airport.  We witnessed tears of sadness with lots of soldiers saying goodbye to their families.  They would glance over at us with hope in their eyes as they scan the homecoming sign for Matt, I knew they must be envisioning the day they would be able to hold that sign for their solider.  Strangers all around asked if Matt’s flight would be here soon, they too wanted to witness it all.  All Amy could reply with is hopefully.  Finally, after what seemed like forever Amy spotted Matt on top of the escalator…. their locked eyes.  The baby saw daddy… and when Matt finally saw her with his own two eyes he broke down.  He swooped her up in his arms and just held her.  Smelling her.  Studying her face.  Just loving on her.  Amy gave them a moment and then joined in the reunion.  That’s when I lost it.  Try staying focused while watching all these emotions happen right in front of your eyes.  Strangers just stopped to watch with happiness.  His friends had come as well… hiding off in the distance letting the family have their moment.  And then BAM his two best friends surprised him.  The energy was electric and you knew they had a strong friendship the three of them.  Lots of people were video taping, snapping pictures on their phone it was cute… but after about 20 minutes I see him look at me like ??? really lady!  Then his wife tells him she hired me to capture this moment and he walks over to me and introduces himself and thanks me.  What a gentleman!  I stayed for a while longer and just observed, loved the way he just wanted to hold his wife and not let the baby down.  I can’t even imagine that feeling.  26 weekends out of the year I travel for work, I have seen a lot of soldiers coming home and leaving, but to be able to stay and watch the whole thing from beginning to end was powerful.  I am so very proud of this shoot on so many different levels.  Welcome home Matt.

2 thoughts on “A Brave Soldier’s Homecoming”